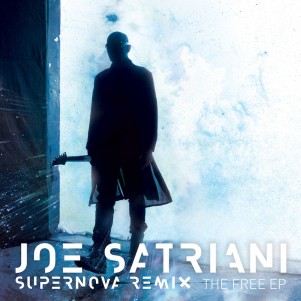 I’m dropping this cool five song re-mix EP as a gift to all my fans who have made the “Shockwave Supernova” album such a great success around the world. I can’t thank you enough!

I called my most talented buddies near and far to get a new spin on five fan favorites from my latest release.

John Cuniberti and Eric Caudieux team up for both “Goodbye Supernova” and “Stars Race Across The Sky” and turn in two breathtaking and modern re-mixes.

Guitarist, engineer and producer Keith More from London, England, pumps up and mashes out two rockers, “In My Pocket” and “Cataclysmic”.

John Cuniberti revisits “Lost In A Memory” and turns up the modern textures and drama to make a very spiritual and powerful remix.

And, as a little taste of what’s to come in 2017, I askedZZ to put together a short trailer for his full length experimental tour documentary about our “Shockwave Tour 2016”. He followed us across Europe for almost two months and captured the sound and the fury, and all the crazy stuff no one else sees from the audience. Filmed and edited in ZZ’s unique style, we hope to release the full documentary in the first half of 2017.