Information on Console vs. ITB mixing

Mixing is often the most challenging part of an album project for the beginner. With few exceptions, project studios are not designed well enough to produce a balanced mix. Talent aside, the room’s acoustic design and its speaker system must be accurate to produce a mix that works in the world outside your own studio. As a mastering engineer, I frequently receive mixes every month that suffer from unbalanced acoustics and/or wrong speaker choices. If you have recorded the project yourself and have attempted to mix it but are unhappy with the results, it may be a good idea to have someone else mix it for you. I can offer two approaches to mixing your project. 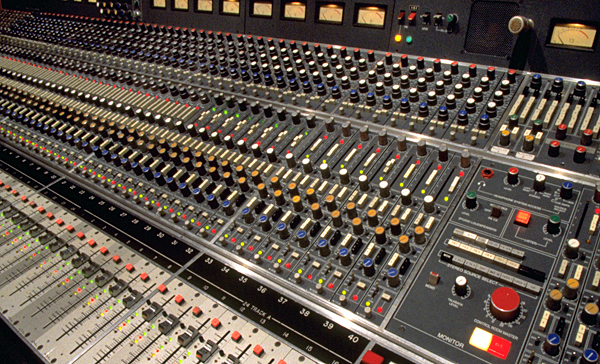 This method of mixing has the artist and engineer mix the record on a console, typically analog with some form of automation. A 24-track rock song will take me about one day to mix, depending on the complexity. This is how I mixed for twenty-plus years and how most records were mixed throughout the ’70s into the 2000s. The advantage is that the mixing becomes a performance of sorts, with many decisions being made on the fly. It can produce exciting results or mixes you wish you could re-do. My studio console mixing fee is between $250 to $750.00 per day plus travel if necessary. This does not include the studio time or materials.

In the Box Mixing: 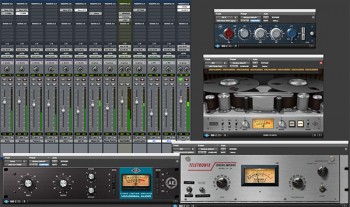 This has become the most popular method of mixing for several reasons. The most obvious reason is the ability to recall a mix at any time in seconds, make a small change, and then move to another song. The other important factor is it doesn’t require a huge console or expensive studio to work in. The processing power now available for audio production has exceeded everyone’s wildest dreams of sound quality and ﬂexibility. The old arguments about digital vs. analog have been laid to rest. For people who still want “analog sound,” there are many ways to deliver it without using a 24-track analog tape recorder. Probably the most overlooked part is the recording itself. Choosing the right mic, preamp, and tube limiter can impart enough analog “vibe” to any recording, leaving the digital domain for storage, editing, and mixing. One can also layback his/her stereo mixes to analog tape if s/he still wants more vibe. Some of the plug-in software now available models classic analog equipment and has come so far in development that people like myself can’t tell the difference between that and the “real thing.”

After receiving your files, I will do a mix to the point that I’m happy with it and post it on my server for you to download and comment on. I will make any changes you request and re-post the mix. I can work on more than one mix at a time if necessary, and everything is recallable.

My mixing fee is based on several factors:

Normally I will request to see and hear the files first before making a quote. That could be a ProTools session or .wav files provided on a thumb drive or download. In some cases, I will mix one song as a test before committing to an album project.

Once the mixing process gets started, I will upload the mixes to my server for your review and comments. Changes to a mix can be made at any time during the process. In most cases, a few revisions are all that is needed. I prefer a pay-as-you-go method: when a mix is complete and approved by you, I’m paid for that song, and then I move on to the next one.

ITB mixing fees are between $250 to $1000.00 per song, depending on complexity and track count. The price includes all studio time and materials. In most cases, I will mix to 1/2” tape, and you have the option of purchasing the master analog tapes. I can offer discounts on the mastering if you would like me to handle that part of the process. See my mastering page for more information.

Tape-Op Interview
Some background and discussion on engineering and mixing.