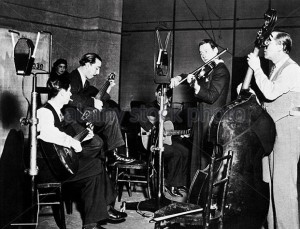 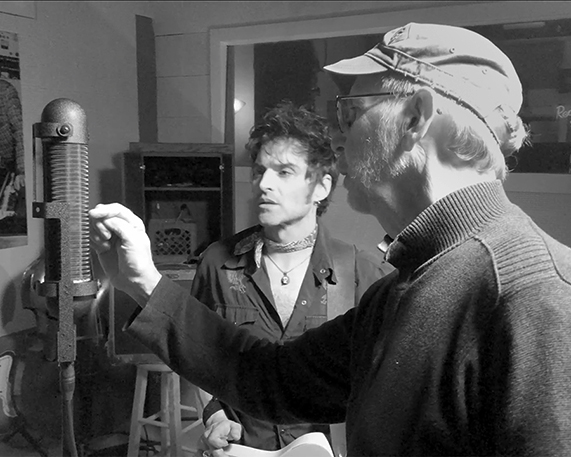 OneMic (the minimalist recording series)
The OneMic series showcases recording artists performing two songs, each around one AEA R88 stereo ribbon microphone. Each session is shot in 4k video by filmmaker Nathaniel Kohfield. What makes this series so different from other live performance videos is that the artist is in complete control of their presentation. This means that the sound, balance, dynamics, and stereo image are decided upon at the moment of creation, not in post-production. The artist (band) is responsible for the final product. Also, a high-resolution 4k video is shot with one stabilized handheld camera that hovers around the performers during their live performance. There is no editing of the audio or video. It’s as honest as it can be, including imperfections. This organic presentation isn’t limited to “acoustic” music, as seen with live classical and folk music. This series will attempt to record bands with electric guitars and drums that would typically require a multi-mic, multi-track approach. This is not the first time this has been done, but this single microphone technique was quickly forsaken soon after the multi-track tape recorder was invented and a level of musical intimacy with it. The OneMic series will demonstrate the positive aspects of the minimalistic recording process of the 1930s but will be captured on modern recording equipment. Signal path: AEA R88 microphone – Millennia HV3c preamp – Pro Tools HDX. Sony A7rII camera with 35, 55, or 25mm lens.
“Give an artist a blank canvas and watch what happens. That’s all I do.”
John Cuniberti

SOME OF THE BEST EXAMPLES.

TO SEE ALL THE ONEMIC VIDEOS VISIT MY YOUTUBE CHANNEL.

The first OneMic test session shot on my iPhone.